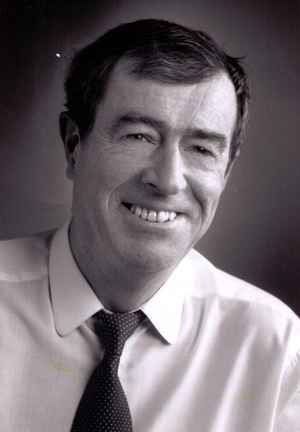 The founder of Biolatte Oy, Yves Delatte, has more than 40 years of experience in working with lactic bacteria and with health related issues. He has also participated in the foundation of the largest probiotic companies in Holland (1991) and in France (1995), and he has assisted by his know-how in the start and the development of minor companies in Estonia, Sweden, Germany, Poland and Finland.

Delatte has created some of the most known probiotics in Europe. He created the first probiotic supplement for humans which was tested on HIV volunteers in the UK (1988-1989), and in France on cancerous patients (1994).

A patent about the link between the gastro-intestinal track (the colon) and Immunity was also filed in April 1989 http://www.wipo.int/patentscope/search/en/WO1989011858.

Around 1974, while working for a French company, Delatte got interested in the work of Finnish Nobelist A.I. Virtanen, and he started to develop a biological silage method which could replace organic acids (formic and sulfuric acids). He understood that the lactic acid produced by lactic acid bacteria could be used for preserving different organic substances such as grass and vegetal scraps as well as protein products such as fish and meat scraps.

In 1983, he had his first successful silo in western Finland (Itikka, Seinäjoki). He managed to preserve several hundreds of litres of offal more than six months with lactic acid bacteria only. Between 1983 and 1988 numerous silos around the world were done for the fur industry, from Sweden to Finland, and from Denmark to Canada. In Lorient (France, 1985), the biggest silo was successfully done, 2.000 m3 of fish scraps, which lasted more than two years.

All this work was presented in the Conference for fur animals of York in 1986 (copy available).

During these years, Delatte found out that, when fur animals were regularly fed on silage, their health improved, the death rate dropped, the birth rate rose, the need for antibiotics was reduced and the fur quality improved. The animals were calmer, bad smell was reduced and even the vegetal environment around the cages improved. He also realized that in order to achieve the desired effect, the lactic acid bacteria had to be reactivated before use and that the amount of bacteria to be given to animals had to be at least 10E9 CFU/g /day, otherwise the results were poor or unsubstantial.

In 1986, he applied a similar theory on volunteers and found out that what goes for the majority of animals applies for humans as well. He experimented with many different strains of lactic acid bacteria, hundreds of different combinations, hundreds of different formulations and he found a number of principles regarding dietary supplements containing lactic bacteria.

These observations led him to the realisation of the first human probiotic for human use, which was delivered to UK doctors for try-and-see trials. Later, during the period 1990-1995, a similar formulation, a multi strains probiotic, was sold under the name Ecologic in Holland and under the name Lactibiane in France and in Finland. Lactibiane won the title of Probiotic of the Year in 1997.

Similar formulations were marketed in Finland and in Sweden. In addition Delatte created, in 2002, the first enzyme products, the first probiotics based on Sc. boulardii (2002) and B. subtilis (2016).

He created also probiotics products for other companies in Europe, mainly for the German and Austrian market.

Results of his works have been used (and copied) by many researchers and manufacturers of probiotics. BIOLATTE and Delatte are proud to be pioneers in this field. Not only do we create new technology and new products, but we also take a new approach to understanding health and diseases.

Biolatte manufactures only quality products. In our view it is important to keep separated lactic bacteria products from other type of products, and not to make ridiculous cocktails containing many different substances, for these cocktails have no scientific value or any proven effect, except a placebo one.

Biolatte uses only officially registered and tested strains of bacteria from well-known microorganism banks. We cooperate only with scientific GMP & ISO laboratories with good reputation. All our products have the highest quality and are allergens free, gluten free, and have a sound scientific background.

Every step of the manufacturing process is controlled, all the way from the culture of the active components, the mixing of the ingredients in a controlled atmosphere onto the sealing of the package.

Our products (exported in 6 European countries), are found only in specialized health oriented shops and in serious medical organizations.

Ps. Our logo is Arachne, the spider, the oldest symbol in mythology, more than 5.000 years old. It was the symbol of health and of medicine and signified ingenuity and creativity. It is also a constellation in the Zodiac.